Attention: your browser is obsolete and may be incompatible with this website. Please consider upgrading for a better experience.
Dark theme is experimental. Penpal-Gate works best in regular mode but we're striving to accommodate dark mode users.

5 weird foods from around the world

If you're about to a have a meal or a snack, think twice before reading this article! 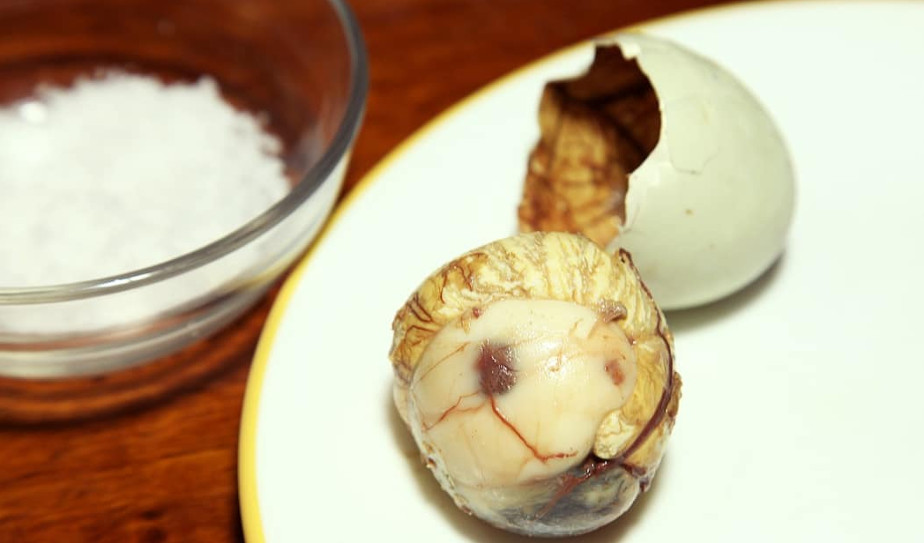 "It looks like a normal egg". That's what you'll think before you pull the shell. It is actually a fertilized egg, turning into a chick. The embryo is boiled alive by the way. Here's how to eat a balut: crack the top of the egg, drink the liquid, then eat what's left (the embryo). Maybe you'll be lucky enough to have a beak, some feathers or some bones in your egg. 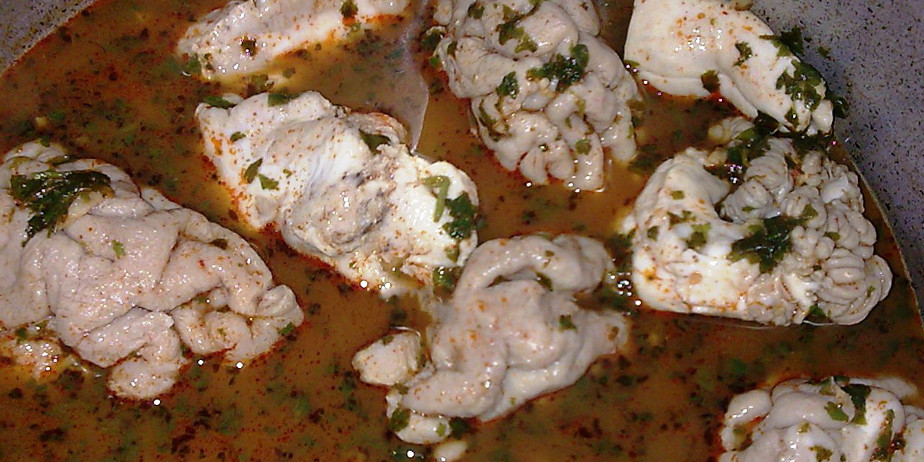 It may sound like a Halloween party menu for some. Joke aside, it is considered a prestigious meal in some countries. During Adha, the most important feast in Islam, a sheep's head is very often shared at lunch between family members. Furthermore, brains and tongues are highly nutritive and healthy as long as they are consumed moderately.

3. Russia: herring under a fur coat 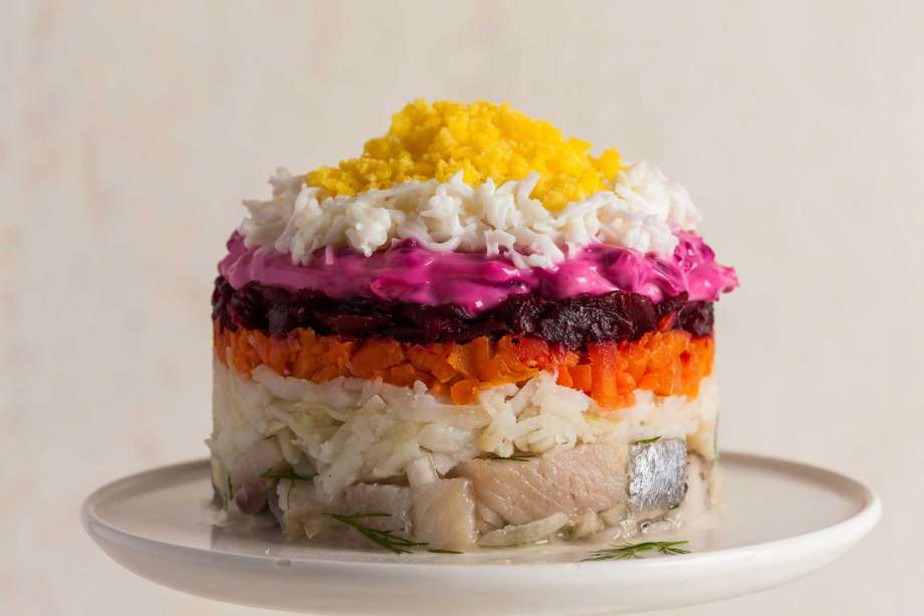 We all know the tasty Russian salad (Olivier salad). It's not the only popular salad in Russia. As the names indicates, Herring under a fur coat consists of a "coat": layer of vegetables (beets, carrots potatoes, onions) and hard-boiled egg that covers a layer of salted herrings – even better if they're pickled. Seasoned by mayonnaise – mayonnaise and Russian: a true love story. 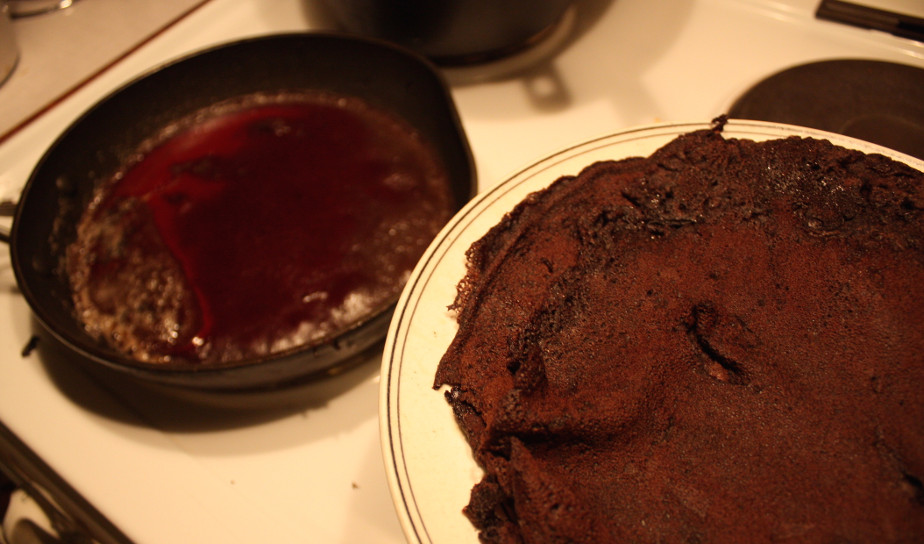 Up for a bloody breakfast? You'll need the same ingredients you use in normal pancakes: milk, flour, egg, in addition to... blood. Directly collected after the slaughter of the animal. If you have extra remaining blood, you could make puddings or soups as well. 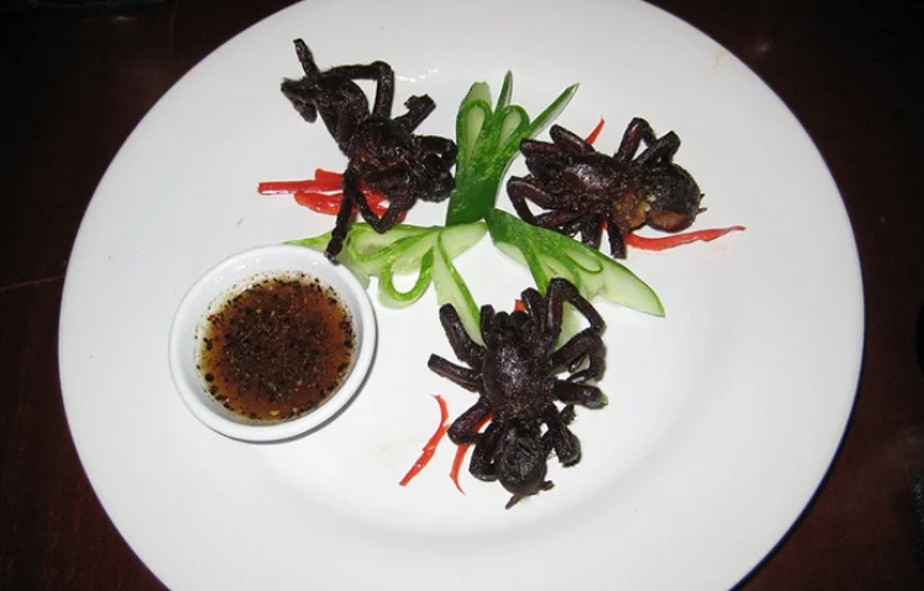 The ultimate question: what does a fried tarantula taste like?! Apparently the legs are crispy and the body is more tender – similar to crab's and chicken's meat. Does it motivate you to follow the entomophagy movement? I personally wouldn't taste an insect even for a million dollars.

Would you try these dishes? Tell us about the weird foods or drinks in your country!

Sometimes I feel especially happy - about the fact that I live predominantly vegetarian. I would be most likely to form a 'friendship' with the Russian herring....

When I was a teenager, I was introduced to balut (duck). I tried the yolk, but no way was I going to eat the little duckling. xD Hahaha! I'm still the same way. It grosses me out. The white part of the egg is very rubbery and TOUGH!

Well, in the Caribbean we don't eat insects but do enjoy pigs, goats and cows' intestines...yummy "tripe and beans"

i can't eat a majority of this

i am afriad ti eat this food.

Is it weird if I don't want to try them?however in Rome we have a food called "trippa"that substantially would be parts of the stomach of a bovine cooked in tomato sauce.

Fellows, no list of weird foods can ever be complete without Vegemite from Australia 😂

No mention of haggis? Who doesn't want to eat the insides of a sheep cooked inside a sheep stomach? It's not that bad actually and some of these sound nice too.